On the expert judging panel, David put his knowledge of psychology and profiling as a criminologist into practice when presented with personalities ranging from a national show jumper to a Teletubby and a former Milky Bar Kid.
Media
Reviews
If you were a girl going through puberty in the early 1970s your devotion to Donny Osmond has become part of your identity. David Wilson
Guardian 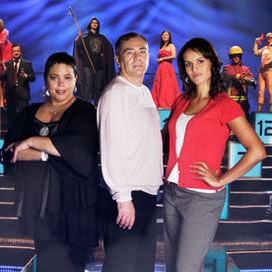