Killers Behind Bars: The Untold Story

David will focus on the cases of Peter Tobin, who is serving three life terms for the murders of 3 women; Robert Black, dubbed ‘Britain’s most prolific child murderer’ serving 5 life terms and most recently, ‘The Suffolk Strangler’ Steve Wright, imprisoned for life for the murder of 5 prostitutes. All have been captured, yet more than 10 other murders are attributed to these 3 alone, with Tobin once boasting of killing “...at least 48”.

Killers Behind Bars: The Untold Story will air on Tuesday nights from the 12th of June on Channel Five at 8pm.
Media 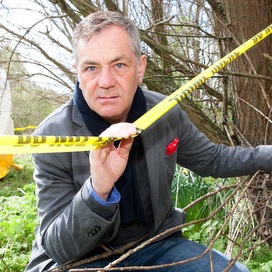