Producer Nick Hudson Director Martin Dowd Starring
Production Company Ricochet
Broadcaster BBC 1
Leave No Trace demonstrated how Forensic Alliance scientists and the police were able to track down criminals from around the UK who mistakenly believed that they had left no trace of their crimes.

Looking at past cases such as the Norwich Arson and the Flo Seccombe Murder, the series showed how groundbreaking scientific and technological techniques were used to crack the most difficult of criminal cases and convict some of Britain’s most elusive killers. 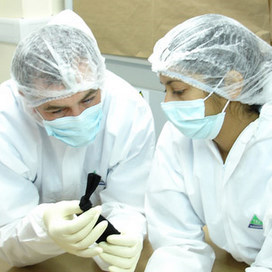