Maddens lies to Shakespeare about how a Hollywood producer, his ex-girlfriend Jennifer Lore, will be turning his production into a Hollywood film starring his pupils. Mr. Poppy, an over-enthusiastic classroom assistant, spreads the rumour, and soon Mr. Maddens finds his lie is out of control. He even travels to America to try and persuade his ex-girlfriend to visit, and discovers she is a receptionist and not a film producer) and is unsuccessful in his Hollywood aim.

But finally, with Mr. Poppy's help, the nativity is performed, and, despite a sabotage attempt by Shakespeare (who in trying to outdo Maddens created a gruesome school performance for the private school, which was a flop), the play is a great success, the Hollywood producer visits it and Mr. Maddens and Jennifer are reunited.
Media 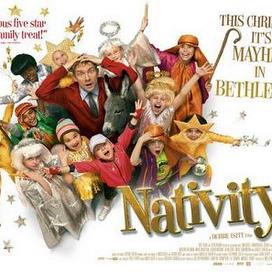