Gaza: a city of contrasts. For most of its recent history Gaza has been seen as a touchstone for the problems of the Middle East. Yet historically Gaza was also a coastal civilisation open to the world. Today the Gazans are a uniquely imprisoned people, most unable to travel to the West Bank, let alone Israel – where tens of thousands once worked – and unable to flee in wartime. The surprise is that so many remain courageous, outspoken and steadfast.

From the notorious camps to the factories struggling under economic stranglehold and bombardment, Donald Macintyre brings empathy to an honest and revealing portrait of Gaza – encompassing the tragedy but also the hope, albeit increasingly fragile, for normality. Through the stories of its people and interviews with policymakers, he explains how Gaza became what it is today. On the ground in the world’s biggest prison, he shows us why, given the chance, Gaza has the creativity and resilience to play a positive leading role in both a Palestinian state and the wider Middle East.

Oneworld manages the translation rights for Gaza: Preparing for Dawn

The inflammable world of Middle Eastern politics is treacherous terrain for those who don’t know it well, and even for those who do: Macintyre navigates it with sensitivity, skill and the diligence of a committed reporter… Along the way he fills readers in on the history that led to today’s impasse.

Donald Macintyre skilfully picks his way through the tangle of accusations that surrounds Gaza’s tragedy. This is a lucid, essential guide. Highly recommended to anyone who wants to understand the conflict between Palestinians and Israelis.

A deeply informed and elegant portrait of this small but profoundly important and misunderstood part of the world. Not only are Gaza’s history and politics made compellingly accessible, so too are her sight, sound and smell. In this way Macintyre challenges any notion of Gaza’s irrelevance and perhaps more importantly does what few authors writing on Gaza have done: elevates the ordinary in a manner that will endure, helping the reader understand that no matter who we are and where we are from, in Gaza we can recognise ourselves. This book speaks to something greater than Gaza’s pain; it speaks to Gaza’s soul.

Donald Macintyre has written a remarkable political panorama about Gaza today. In cool prose he exposes the history of the conflict and the discussion that has surrounded it. Anyone interested in understanding the situation between Hamas, the Palestinian Authority and Israel should look at the conclusion of this book. Anyone who wants to feel a little bit how people live in this narrow strip of land on the Mediterranean coast must read the whole work.

Shlomo Sand, Professor of History, Tel Aviv University, and author of The Invention of the Jewish People

A brilliant and incisive account of this tiny, vibrant, but embattled enclave. WIth the two million people of Gaza struggling to survive food shortages, electricity cuts, and increasing amounts of sewage in their surrounding seas, this is a must-read. 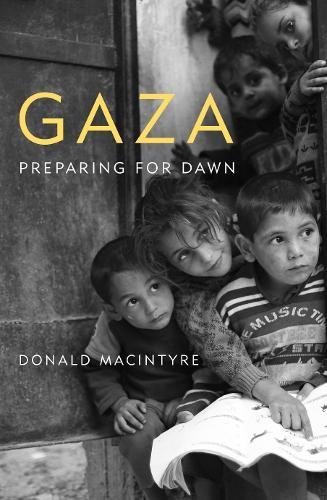