Decades before the current political turmoil in the US, White crafted eloquent yet practical political statements that continue to resonate. “There’s only one kind of press that’s any good—” he proclaimed, “a press free from any taint of the government.” He condemned the trend of defamation, arguing that “in doubtful, doubting days, national morality tends to slip and slide toward a condition in which the test of a man’s honor is his zeal for discovering dishonor in others.” And on the spread of fascism he lamented, “fascism enjoys at the moment an almost perfect climate for growth—a world of fear and hunger.”

E. B. White lived and wrote through several of the most contentious periods of US history, including The Great Depression, World War II, the McCarthyite Red Scare, the Cold War, and the Civil Rights Movement — they all unfolded under White’s watchful eye as he composed pieces for The New Yorker and for Harper’s. Anchored by an introduction by Pulitzer Prize-winning historian Jon Meacham, this concise collection of essays, letters, and poems from one of America’s most eminent literary voices offers much-needed historical context for our current state of the nation—and hope for the future of our society. Speaking to Americans at a time of uncertainty, when democracy itself has come under threat, he reminds us, “As long as there is one upright man, as long as there is one compassionate woman . . . the scene is not desolate.”

Helen Manders manages the translation rights for On Democracy 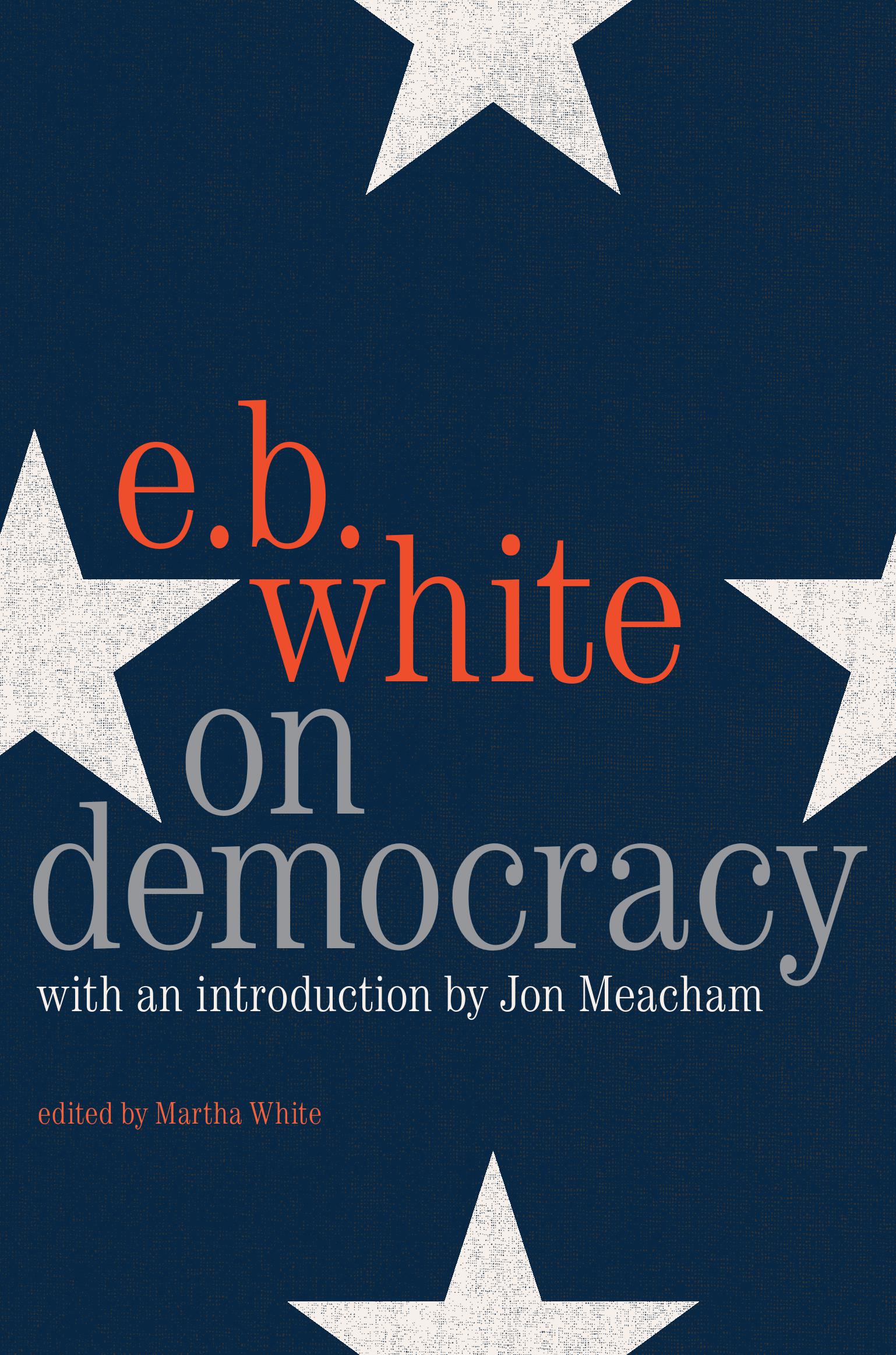