US → Harper and Row Publishers
UK → Puffin
Stuart Little is no ordinary mouse. Born to a family of humans he lives in New York City with his parents, his older brother George and Snowball the cat. Though he's shy and thoughtful, he's an adventurous and heroic little mouse. His daring escapades include racing a toy boat in a Central Park pond, retrieving his mother's ring from a drain, and crawling inside a piano to fix the keys for his brother. When his best friend, a beautiful little bird called Margalo disappears from her nest, Stuart is determined to track her down.

He ventures away from home for the very first time in his life and finds himself embroiled in one exciting adventure after another, making new friends and meeting old ones along the way.
Rights 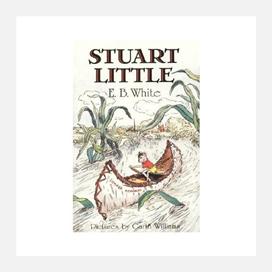