Creator Ann Cleeves Producer Elaine Collins Writer Paul Rutman, Starring
Production Company ITV Studios
Broadcaster ITV 1
Vera investigates the murder of young Niall Coulter,whose body fell from a bridge onto a lorry which ended up in Portsmouth. Both his employer Marty and his mother Shirley attest to his being a model citizen though Shirley plainly has something to hide and it seems that Niall was planning to leave home to move in with an older,terminally ill friend. When the drug dealer who attacked Shirley after she accused him of killing Niall is murdered Vera realises that Niall was not the clean-cut boy he was painted to be. She also meets for the first time Maggie,her father's old girlfriend.
Media 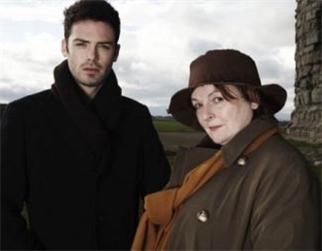