After discovering the body of her mother, Katharine, Laura receives the pathologist's report. The report, in which precious parts of her mother’s body are meticulously weighed, itemised and categorised with cool medical precision, motivates Laura to write her own version of events. To bear witness to each part of her mother’s body and to fill in the blanks left between them.

What emerges are a series of stories in which Laura attempts to discover how and why her mother died, as well as make sense of her own grief, by piecing her mother’s body back together. In doing so, she is forced to confront a woman silenced by her own mother and wronged by her husband. A woman who felt shackled by motherhood and unable to love freely. As the story unfolds, Laura comes to see her mother not only as the woman who gave birth to her and raised her, but a human being in her own right, capable of great love and great heartache.

An Unremarkable Body was longlisted for the Bath Novel Award 2016.

Liz Dennis manages the translation rights for An Unremarkable Body

This novel pulls you in and will have you racing to reach the end.

Tender and moving, this part-thriller, part-memoir will leave you floored.

The structuring of the chapters by means of an introductory extract from the autopsy report is a rather
ingenious one.

This is extraordinarily sensuous storytelling that makes the reader's heart ache in sympathy.

A sensitive examination of a life frustrated by mores and circumstance

An ingenious narrative device that leads to an intriguing tale of love, loss and missed opportunities... Although infused with sadness, it is written with verve and delivers an amazing twist.

A fabulous debut that also delivers an amazing twist as a final flourish. 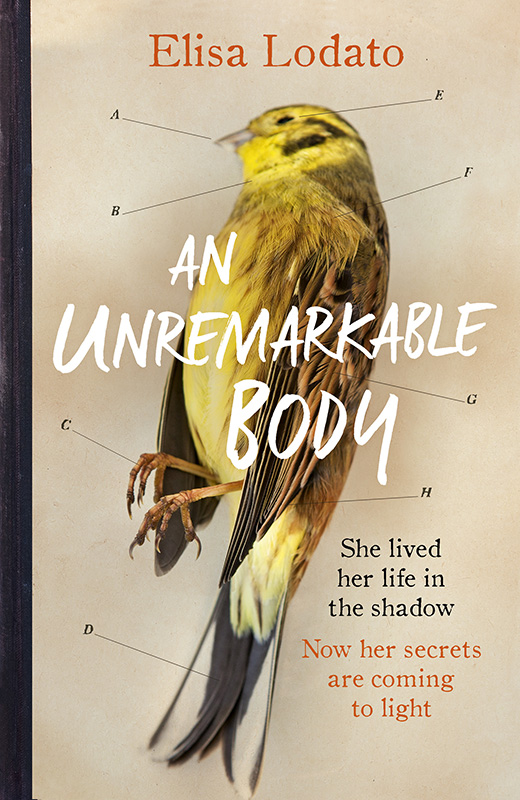