Thomas Magill is Misterman - the self-appointed guardian of Inishfree's moral welfare. Thomas lives inside his own head but today that safe place is beginning to doubt itself. Mammy's full of a cold and the cat is awfully depressed. An old rub down with Vick and a packet of Jammie Dodgers should sort the situation out there. Outside, the people need to be watched though. What was Eamonn Moran up to in his garage? Someone's got to keep their eyes peeled for the bad. But when all the words have stopped inside his head, will Inishfree and Thomas survive Thomas's judgement day?

Landmark Productions revival of Misterman, with Cillian Murphy taking the role of Thomas, played at St. Ann's Warehouse in New York until 21 December 2011 and transferred to the National Theatre in April 2012.

Reviews
One of the most fiercely individual voices in the theater today... As always with Mr. Walsh, the words themselves are kinetic. Ben Brantley
The New York Times
A one-man 90-minute explosion of lush language, puzzlelike plotting, and bravura acting that satisfies our desire for serious, full-blooded theater Clifford Lee Johnson III
Backstage

The issues Misterman explores are common... but Murphy injects them with an incredible urgency. He is never less than captivating – his standing ovation was well deserved

Steve Dinneen
City A.M.
It’s a thrilling performance in a startlingly original play that haunts the memory like a bad dream Charles Spencer
The Telegraph
Misterman is a terrific study of religious mania, loneliness and longing. It really rocks Aleks Sierz
The Arts Desk
'Misterman is a ninety-minute rollercoaster, kaleidoscopic in mood and construction, a perfectly realised stage poem in which the athletic, technically prodigious Murphy achieves a sort of magical transfiguration. Michael Coveney
What's On Stage
Ninety extraordinary minutes: what a playwright, what an actor Melanie McDonagh
Evening Standard
This production finds all involved at the top of their game and reaffirms the brilliance of the collaboration which launched the careers of a great actor and playwright. Nicholas Hamilton
The Stage 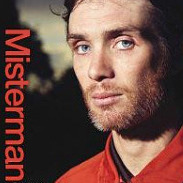