Produced by the Druid Theatre, Penelope premiered in Galway in July 2010 before transferring to the Edinburgh Festival in August. In October it was staged in New York and transferred to the Hampstead Theatre in February 2011.

Penelope is a riveting and savage take on the classic Greek myth of Penelope, wife of Odysseus.It's 11.30 a.m. and already it's thirty-three degrees Celsius. At the bottom of a drained swimming pool, four ridiculous men face their inevitable deaths, and play for an unwinnable love.

Media
Reviews
what a magnificent, cheeky play this is from Enda Walsh...(he) writes with a comic-poetic savagery that would make the gods themselves weep as he explores the subterfuges and limitations of language itself Lyn Gardner
The Guardian
it lives theatrically through Walsh's astonishing way with words...Walsh possesses a truly original theatrical voice Michael Billington
The Guardian
vivaciously theatrical Michael Coveney
What's On Stage
it's Walsh's writing that strikes us most. His strength is the ability to work magic with language. Henry Hitchings
London Evening Standard
among the finest plays Walsh has written...the delicate interplay of knockabout comedy, verbal humour and philosophical themes is superb. Gerry McCarthy
The Sunday Times
original, compelling and brutally humorous tragedy Aleks Sierz
The Arts Desk Full Review
Walsh does everything he can to grab the attention. The velocity of the phrase-making is tremendous; the alliterations are lush; the point-scoring ("heat isn't even a taste") adroit. Susannah Clapp
The Observer
extravagantly imaginative ... (a) fascinating, dizzying play Ben Brantley
The New York Times
(Walsh) has created a clever commentary on everything from male and female ideals to the perils of war.
Philip Potempa
Northwest Indiana Times
(A) delicious, modern riff on one strand of Homer's Odyssey... Dense, complicated and darkly droll, Chris Jones
Chicago Tribune 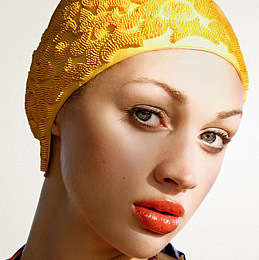