They follow each other into the lawless wilds of Moscow and then Southern Russia until a small, unheard-of nation becomes their proving ground in the finale to le Carré’s dazzling novel.

Kate Cooper manages the translation rights for Our Game 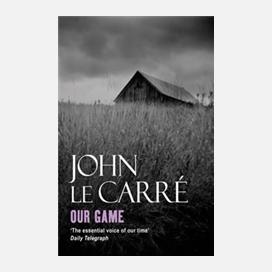