The Van Apfel Girls Are Gone

We lost all three girls that summer. Let them slip away like the words of some half-remembered song and when one came back, she wasn't the one we were trying to recall to begin with.

So begins Tikka Molloy's recount of the summer of 1992 - the summer the Van Apfel sisters, Hannah, the beautiful Cordelia and Ruth - disappear.

Eleven and one-sixth years old, Tikka is the precocious narrator of this fabulously endearing coming-of-age story, set in an eerie Australian river valley suburb with an unexplained stench. The Van Apfel girls vanish from the valley during the school's 'Showstopper' concert, held at the outdoor amphitheatre by the river. While the search for the sisters unites the small community on Sydney's urban fringe, the mystery of their disappearance remains unsolved forever.

A smart, classy thriller that blazes with the heat of
Australia and slowly reveals its many layers.

This novel is one that will haunt readers long after they have turned the last page.

A smart debut. Beautifully atmospheric with its great sense of time and place.

The Van Apfel Girls are Gone calls to mind The Virgin Suicides, Picnic at Hanging Rock with a dash of To Kill a Mockingbird. Certainly the writing bears the comparison.

Engrossing and goosebumpy from start to finish… a novel that is as delightful as it is terrifying, and just scary good.

Tim Johnston
Bestselling author of Descent and The CurrentI

This novel is one that will haunt readers long after they have turned the last page.

'An entrancing, melancholy debut from a young Australian that evokes the country and its climate as the background to a mystery about what happened to the three young Van Apfel sisters, who disappeared two decades ago....Mesmerising.'

'.....readers who enjoy something haunting, atmospheric and genuinely mysterious have a treat in store.'

'McLean peels back the layers of one scorching Australian summer, revealing the dark secrets and lies hidden behind the cheerful facade of suburbia. This debut, part coming-of-age story and part crime thriller, is both forceful and unnerving.'

One would expect the author, who has a background in journalism and biography, to be particularly good at detailing the who, what, where, and when of a mysterious disappearance. She is.

This is every bit a coming-of-age story, and the sense of menace and melancholy that hangs over it are enough to draw in any sort of reader. Equal parts THE VIRGIN SUICIDES and PICNIC AT HANGING ROCK, with a ton of Australian personality thrown in, McLean’s debut novel is sharp, endearing and unforgettable.” 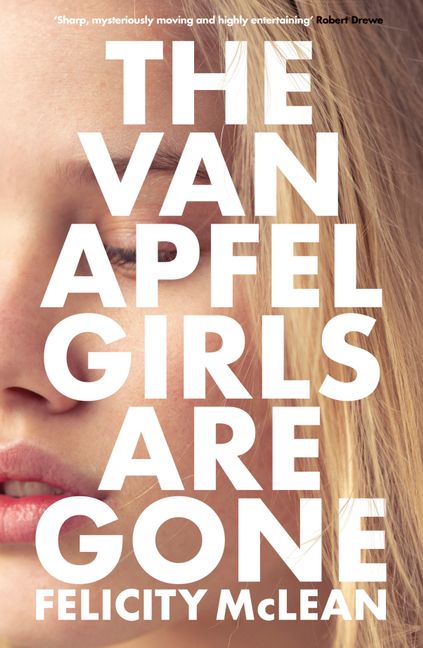