It’s usual, they say, for a young person coming to London for the first time to arrive with a head full of dreams. Well, Endurance Proudfoot did not. When she stepped off the coach from Sussex, on a warm and sticky afternoon in the summer of 1757, it never occurred to her that the city would be the place where she’d make her fortune; she was just very annoyed to be arriving there at all.

Meet Endurance Proudfoot: clumsy as a carthorse, strong as an ox, with a tactless tongue and a face she’s sure only a mother could love. Durie wants one thing in life: to become a bonesetter like her father. But he’s adamant: bonesetting’s not a job for a woman.

Strong-willed and stubborn, she’s determined to change his mind, but her plans are thwarted when she’s bundled off to London with her beautiful sister, whose attempts at social climbing have ended in disaster. Neither knows they’re embarking on an adventure that will see them win, and lose, fame and fortune.

Inspired by the true stories of two of Georgian England’s most famous celebrities, That Bonesetter Woman is an uplifting tale about choosing to stand out, if you don’t fit in. About finding the courage to go your own way, when everyone says you can’t. And about realising that what makes you different can also make you strong.

Liz Dennis manages the translation rights for That Bonesetter Woman

An adorable, life-affirming novel with a heroine you'll love and a gripping story you won't want to end. Unmissable.

Filled with hope and humour, That Bonesetter Woman is a novel that truly champions the underdog. I devoured it with as much gusto as the inimitable heroine sets people’s bones

An adorable, life-affirming novel with a heroine you'll love and a gripping story you won't want to end. Unmissable.

Frances Quinn has done it again! Georgian London is vividly brought to life in a fast-paced story full of quirky characters, wry wit, warmth and wisdom. I was completely charmed!

I adored every second of this book - historical fiction at its finest, and Quinn is a natural storyteller. Quirky, funny and original. Durie and her lions will stay with me.

Frances Quinn breathes so much life into history. She shines a bright candle on the dark, forgotten places and inhabits them with the most captivating of characters. An utterly stunning book.

A timely story of a determined woman in a man's world. Prepare to meet your new favourite heroine, Durie Proudfoot, and be swept away by this captivating and heartbreaking read. I didn't want it to end!

The worlds Frances creates are places you want to spend time in, with warm, relatable characters and gripping plots. Durie Proudfoot is a great creation and her trials, tribulations and triumphs kept me reading late into the night.

I feel as if I left a little bit of my heart between the pages of this extraordinary book.

Witty, charming, endlessly entertaining and with an unlikely heroine I couldn't help but root for, That Bonesetter Woman is a joy of a book that's near impossible to put down.

Heart-warming, moving, funny, hugely entertaining. Everything you could want in a novel.

That Bonesetter Woman is a wonderfully uplifting, charming, addictive and unusual story. Many of the themes and troubles of the wonderfully drawn Endurance Proudfoot are as relatable today as they were in the 1700’s. [...] Quinn delivers astute and acutely observed aspects of human behaviour delivered with great humour and compassion. 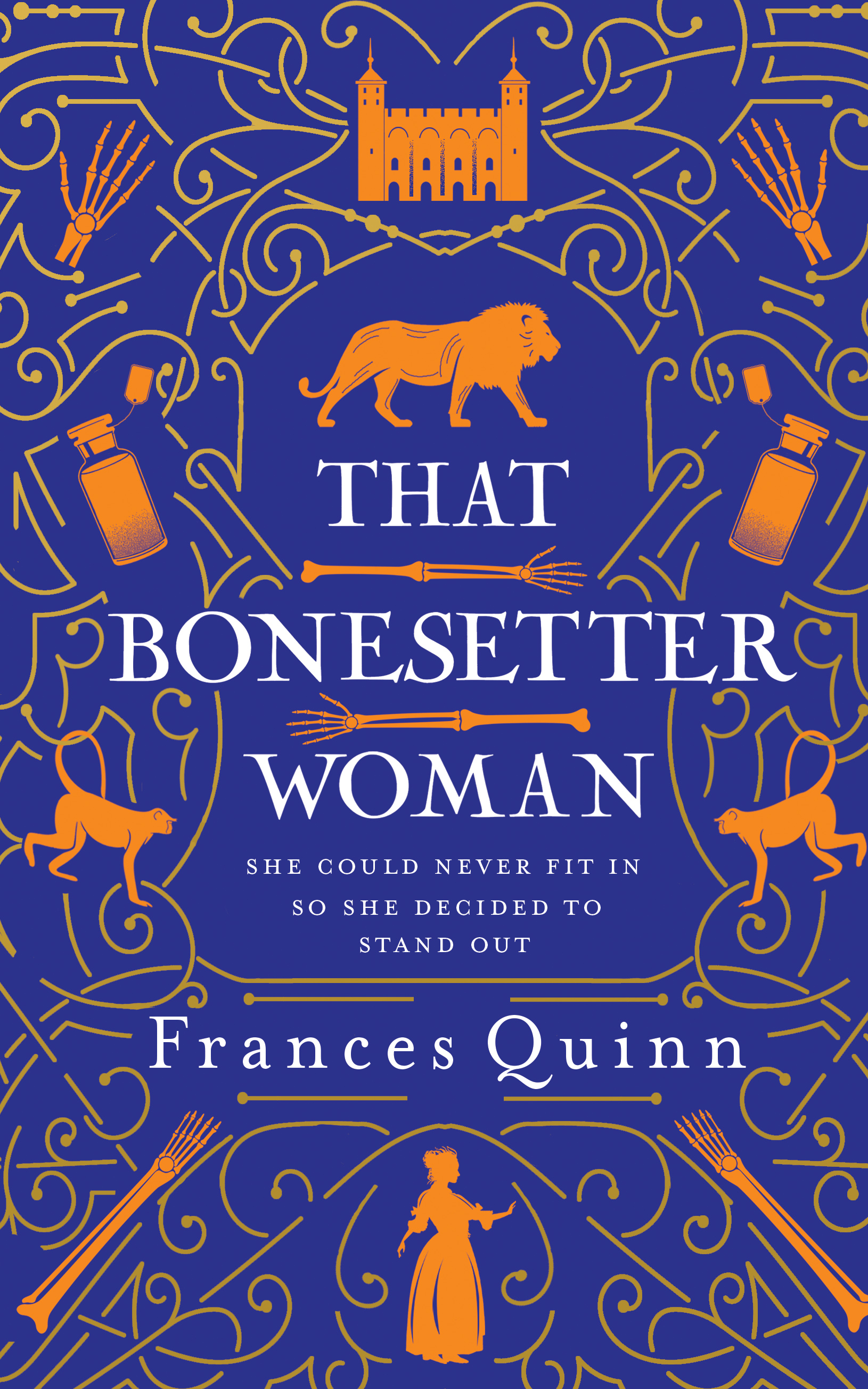