My name is Nat Davy. Perhaps you’ve heard of me? There was a time when people up and down the land knew my name. To explain why, I need to take you back to 1625.

You see, that was when I realised that the stares and whispers I had endured growing up never would stop – I would never fit in. It was also the year that a single shilling changed my life. And so it happened that I, a butcher’s son from Oakham, ended up in a pie, and was presented as a gift to the new young queen of England.

After that day, I became known as the queen’s dwarf. And shortly after, they turned the world upside down. I was there, in the middle of everything, when the people of England turned against their king. I may even have saved the queen’s life. Of course, that’s not what I’m remembered for. But to every story there is more than meets the eye.

Inspired by a true story, and spanning two decades that changed England for ever, The Smallest Man is a heartwarming tale about one mans’ extraordinary life. It is about finding your place in the world and fighting for what you believe in – against all odds. But most of all, it is about how all that unites us always will be more powerful than our differences.

Liz Dennis manages the translation rights for The Smallest Man

A captivating story, part fact, part fiction — always a tricky balancing act, but Quinn pulls it off with pretty much perfect poise.

Hilary Spurling
Books of the Year, The Spectator

Full of vim and vigour, this is winningly warm-hearted.

The Independent, Best Books of Jan

It’s an unforgettable story about being different, brave and hopeful in diversity

Davy is based on Sir Jeffrey Hudson, Henrietta Maria’s dwarf who was immortalised in paint by Van Dyck. His tale is extraordinary, and Frances Quinn has used it well in this fascinating debut

I haven’t come across a character I’ve loved as much as Nat Davy for a long time…. it’s Nat’s journey to overcome perceptions and achieve big things that makes this debut so good

Written with a wonderful lightness of touch, full of humour and humanity . . . An engaging, compelling, thought-provoking story of a life less ordinary

Caroline Scott, author of When I Come Again 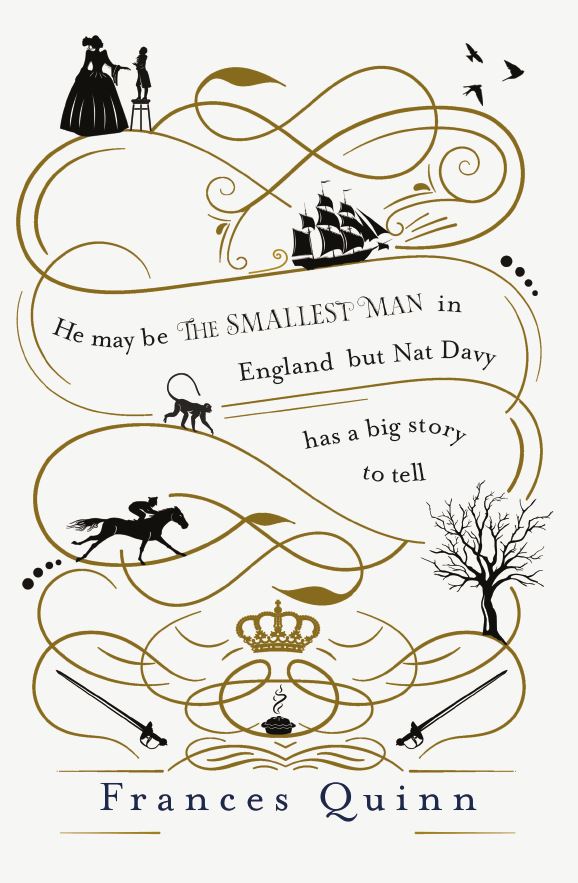