Never shy of a challenge, Gareth Malone returned to CBBC with a mission to renew young singers’ confidence.

After the success of the first series, where Gareth took ten terrified young singers and coached them to perform in front of 40,000 people at Proms in the Park, he upped the stakes by taking on a new group of kids, who have all been bullied because of their singing, and are now too scared to sing even in front of family and friends. Gareth helps them face their fears to perform live on Children in Need in front of millions.

Each week Gareth and his singers had to overcome a new challenge in the run up to their ultimate goal: to perform live on Children in Need, and to increase the pressure on both Gareth and his young team, they were joined on the night via satellite by groups of singers from across the country.
Media 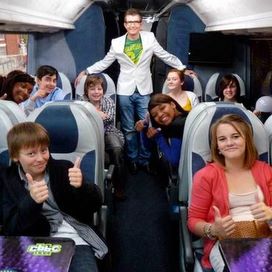