We That Are Left

With the sounds of fighter planes, and the seemingly inevitable invasion by Hitler’s army, drawing ever closer, the young couple are united in their terror of impending defeat.

Sixty years later, Ruth and James look back on those days when their lives changed forever.
Media
Reviews
An elegant piece of writing, elegantly directed.
The Evening Standard 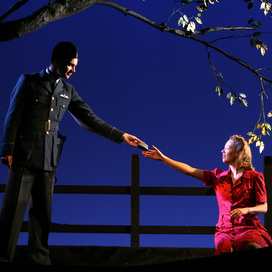