Cairo Jim and the Chaos from Crete

Strange, toxic gases are spreading through the ruins of the ancient palace of Knossos in Crete, forcing tourists and visitors to abandon the site. Where are these gases coming from? Who is the rambunctious man in gas mask and rubber suit who appears amid these foul odours? And what extraordinary secret lies beneath the secret of Knossos — a secret that many have believed was, until now, a mere myth?

Cairo Jim (that well-known archaeologist and little-known poet, Cairo Jim) and his friends uncover one of the grossest distortions of history in this suspenseful and startling mystery of history in the Cairo Jim chronicles! 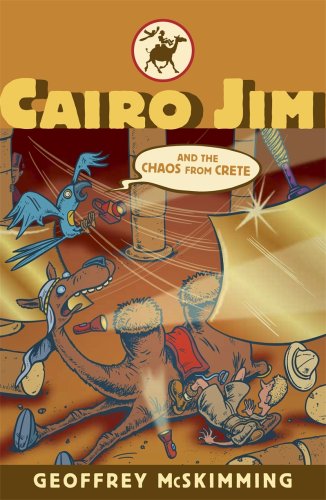