World → Hodder and Stoughton
Sean McNally swore his oath to the IRA. But then he turned his back on the violence and the hatred and went south to the Republic. Life was good until they came for him to do one last job. But in its aftermath McNally is captured and is facing a lifetime's imprisonment. Unless he dares think the unthinkable . . . and becomes a tout.

Lieutenant David Ferris never wanted to join the army but found himself there anyway. In a cruel twist of fate his path crosses that of Sean McNally's and he quickly becomes a pawn on the frontline of a brutally tense war of nerves. As McNally prepares to gives evidence Ferris must confront his own destiny. Not only is his life at stake but also that of the future of the entire command structure of the IRA . . .
Rights

Melissa Pimentel manages the translation rights for Field of Blood 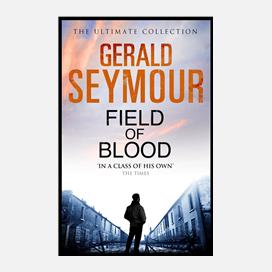