World → Bantam Books
Gus Peake should have kept his job and stayed at home, but an old family friendship draws him to the remote wastes of Northern Iraq and to a savage, forgotten war between Kurdish guerrillas and Saddam Hussein's military strength.

In brutal, no-quarter combat, Peake can bring to the fighting the skills he has learned as a marksman. If he is to survive, he must turn that marksmanship into a killing weapon, learn to deal out random death at long distance, and help the guerrillas to reach their goal: the city of Kirkuq.

From Baghdad, Iraq sends Major Karim Aziz, who travels with the reputation of being the most dedicated and professional sniper in Saddam's army.

For both men their duel becomes an obsession, from which only one can walk away. It will take only one shot, echoing in the mountains and valleys, to settle the score.
Rights

Katie McGowan manages the translation rights for Holding The Zero 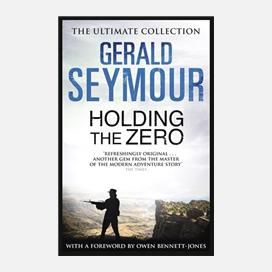