UK & Comm → Hodder and Stoughton
The Costa Del Sol: a holiday playground for millions, but also one of the two biggest Europea hubs for the importation of drugs, home to numerous British criminals and also now, the Russian mafia.

MI5 officer Winnie Monks has never forgotten – or forgiven – the death of a young agent on her team at the hands of a former Russian army Major-turned-gangster.

Now, years later, she hears the Major is travelling to a villa on the Costa and she asks permission to send in a surveillance unit.They find an empty property near the Major, The Villa Paraiso. It is perfect to spy from – ad as a base for Winnie’s darker, less official plans.

It turns out that the property isn’t deserted. The owners have invited a young British couple to ‘house sit’ while they are away.For Jono and Posie, just starting a relationship, this is to be a carefree break in the sun. But when the Secret Service team arrives in Paradise, everything changes.
Rights

Melissa Pimentel manages the translation rights for The Outsiders 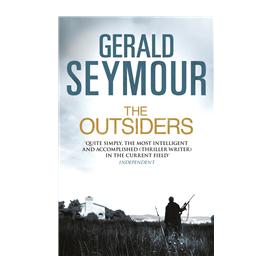