World → Bantam Books
The eponymous "untouchable" is Albert William Packer, known to all as Mister. A career criminal, he dispenses rough justice on his manor without mercy, punishing any opposition terminally. When a Customs and Excise case against him is torpedoed, Packer decides to expand. Buying heroin from the Turks in London's Green Lanes no longer satisfies him, so he decides to travel to Sarajevo where he plans to negotiate safe transit through the black market crossroads that is the former Yugoslavia. But he has a nemesis: Home Office Archivist Joey Cann determines to bring Packer down and follows him and his thugs to Sarajevo.

Cann initially appears to be a loser, but the inevitable confrontation between the two men in the lethal surroundings of Sarajevo changes both their lives forever.
Rights

Katie McGowan manages the translation rights for The Untouchable 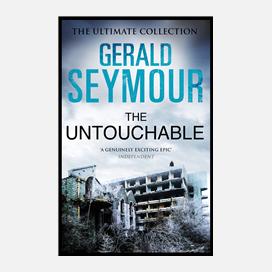