World → Overlook Press
Officially the Cold War is over. Between former enemies, the hand of friendship is exchanged in public. In private, though, the intelligence war goes on.

An English trawler strays into Russian waters. When it returns, the captain has a package to deliver to British intelligence. For the next four years a high-ranking Russian naval officer, Viktor Archenko, passes valuable information to MI6. Suddenly he stops using the dead drop. His contacts in London know nothing about him – but they know he’s under suspicion. The time has come to get him out.

But a new breed plays the spy game now, men like Gabriel Locke. They have no interest in irrelevant Cold War sparring, or the risk of a spy scandal. There are deals to be done, alliances to be made. They would rather leave Archenko to fend for himself. He is, after all, a throwback and an embarrassing one at that. Only one veteran agent realizes that there is much more at stake than a man’s life. Only he dares ask the question: if the war is over, who will fight the peace?
Rights 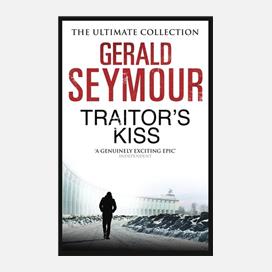