India, the 1940s: a time of political turmoil and violence; a country on the verge of its tryst with destiny. Ross Monroe is a boxer, a Catholic and an Anglo-Indian. Throughout his youth, Ross is sustained by a single dream: to box his way to Olympic victory - until a devastating betrayal by an Englishman sends him into exile, and an obsession which will change his life for ever.

In present-day England, Owen Monroe, aspiring novelist, is writing the story of his father's life in an attempt to avoid confronting the problems in his own. But family chronicle turns to amateur sleuthing when a chance discovery provides a clue to the whereabouts of his father's long-lost enemy. The quest that follows takes Owen through the secrets of the Monroe past and into a love affair he could never have thought possible.
Rights

Kate Cooper manages the translation rights for The Bloodstone Papers 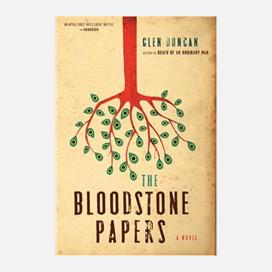