My Life, Our Times

In his forthcoming memoir, the former Prime Minister and Britain’s longest-serving Chancellor will tell the story of a remarkable life in politics - shedding light on the major political, social and economic changes that have reshaped the country over the past 40 years and revealing some harsh truths about British politics today.

He will draw on his experience as Chancellor from 1997 to 2007 and as Prime Minister during the economic crisis of 2008 to offer unique insights into the profound economic transformation that has done so much to change Britain in recent decades, the deeper causes of the crash and its ongoing legacy.

He will also reflect candidly on the successes and challenges of Labour governments before and during his own time as Prime Minister, as well as huge changes in the Labour party from the 1980s onwards, describing the evolution of progressive politics in our country to the present.

The book will provide critical insights into key relationships in Westminster, global conflicts, the coalition negotiations of 2010, as well as the referendums on Scottish Independence and Britain’s exit from the EU – in each instance, offering vital lessons for the future.

Alongside a vivid account of his role in front-line politics during all of these historic episodes, the book will include many personal experiences, including his upbringing in Kirkcaldy, Fife, as the son of a minister, the near loss of his eyesight just as he was going to university, the loss of his daughter Jennifer within days of her birth and how that tragedy has been transformed into hope for hundreds of parents and babies. At the heart of every chapter are the principles and values that have guided him throughout. 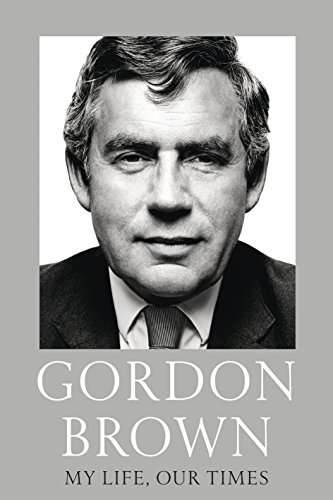