When Spynosaur is accused of eating the princess of Canada's prized pet, Pugsy Malone, he has his Right to Spy revoked! Facing imprisonment in Department 6's inescapable prison, The Bin, Spynosaur goes rogue. Together with his sidekick, Amber, Spynosaur is pursued across the globe by his former fellow agents, including Danger Monkey, Dr Newfangle, and expert tracker Jet Setter. Convinced he's been framed, Spynosaur goes looking for the one villain capable such a diabolical deed, his arch enemy, Ergo Ego. But without his gadgets and equipment, and with the full force of Department 6 bearing down on him, can our hero evade capture long enough to clear his name?

There’s only one villain who could have pulled off such a diabolical deception and there’s only one way to discover the truth… It’s time to get himself captured. Lurking within the Bin, Department 6’s inescapable prison, is Spynosaur’s arch-enemy, Ergo Ego … but does he have the answers Spynosaur’s looking for … and is he willing to spill the beans? 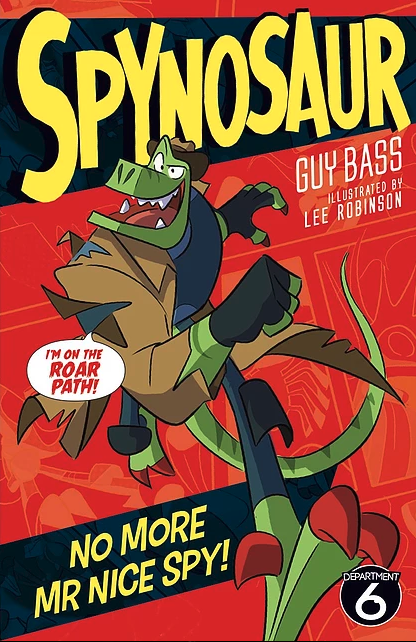