John Gielgud was born in April 1904. When he died in May 2000, he was honoured as 'the giant of twentieth-century theatre.' In the centenary edition of this acclaimed biography, Gyles Brandreth draws from over thirty years of conversations with Gielgud to tell the extraordinary story of a unique actor, film star, director and raconteur.

In 1921 Gielgud made his first appearance at the Old Vic in London and through the next eight decades he dominated his profession - initially as a classical actor, later in plays by Harold Pinter and Alan Bennett. In his twenties he had appeared in silent movies: more than half a century later, he emerged as a Hollywood star, winning his first Oscar at the age of seventy-eight. 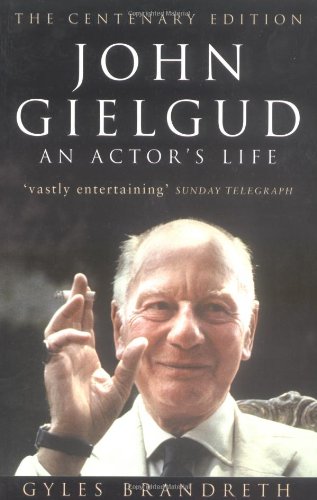