Oscar Wilde and the Ring of Death

It's 1892, and Wilde is the toast of London, riding high on the success of his play Lady Windermere's Fan and celebrating with friends at a dinner party where he conjures up a game called "murder" that begs the question: Who would you kill, if you had no chance of being caught? Wilde and friends, including Arthur Conan Doyle, Bram Stoker, and poet Robert Sherard (the novel's narrator) write the names of their "victims" on pieces of paper and choose them one by one. After leaving the party, Wilde scoffs at the suggestion that he may have instigated a very dangerous game indeed….

The very next day, the game takes an all-too sinister turn when the first "victim" turns up dead. Soon Wilde and his band of amateur detectives must travel through the realms of politics, theater, and even the circus and the boxing ring to unearth misguided passions that have the potential to become deadly poisons…not only for the perpetrators of the seemingly perfect crimes, but also for the trio of detectives investigating them.

Richly atmospheric and as entertaining as Wilde himself, here is the second in a series destined to delight mystery readers and fans of historical fiction alike. 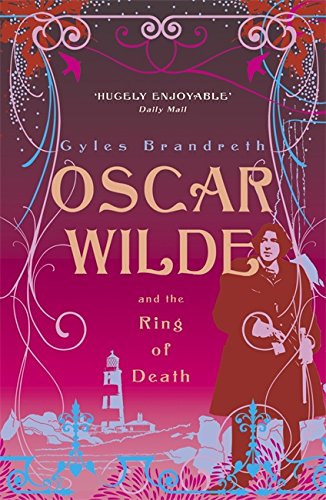