Oscar Wilde and the Vatican Murders

In OSCAR WILDE AND THE VATICAN MURDERS, the fifth in Gyles Brandreth's acclaimed Oscar Wilde Murder Mysteries series featuring Oscar Wilde and Arthur Conan Doyle, the two must penetrate the highest echelons of the Catholic Church to solve a macabre series of killings. 'Intelligent, amusing and entertaining' Alexander McCall Smith In 1892 Arthur Conan Doyle, exhausted by his creation Sherlock Holmes, retires to the spa at Bad Homburg. But his rest cure does not go as planned. The first person he encounters is Oscar Wilde, and when the two friends make a series of macabre discoveries amongst the portmanteau of fan mail Conan Doyle has brought to answer - a severed finger, a lock of hair and finally an entire severed hand - the game is once more afoot. The trail leads to Rome, to the very heart of the Eternal City, the Vatican itself. Pope Pius IX has just died. These are uncertain times. To uncover the mystery and why the creator of Sherlock Holmes has been summoned in this way, Oscar and Conan Doyle must penetrate the innermost circle of the Catholic Church - seven men who have a very great deal to lose. 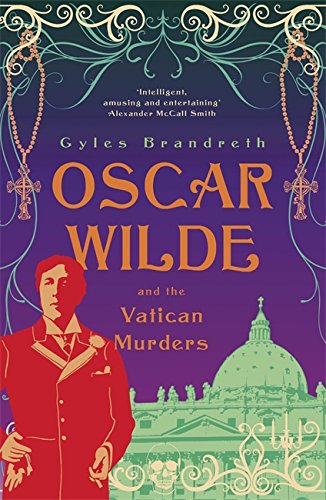