Philip & Elizabeth: Portrait of a Marriage

This is the first biography of the Queen and the Duke of Edinburgh - both royal, both great-great-grandchildren of Queen Victoria, but, in temperament and upbringing, two very different people. The Queen's childhood was loving and secure, the Duke's was turbulent: his grandfather assassinated, his father arrested, his family exiled, his parents separated when he was only ten.

Elizabeth and Philip met as cousins in the 1930s. They married in 1947, aged twenty-one and twenty-six. A little more than four years later, they were Queen and consort. For almost sixty years theirs have been among the most famous faces in the world - yet the personalities behind the image remain elusive and the nature of their marriage is an enigma.

Philip & Elizabeth tells the extraordinary story of these two contrasting lives, assesses their achievement, together and apart, and explores the nature of their relationships, with one another and with their children.

Philip & Elizabeth boldly goes where other royal biographers have previously feared to tread... The book is exceptionally hard to put down

'Thoroughly entertaining... Filled with insights... He has had enviable access and he has used it well 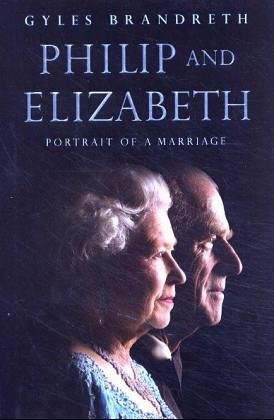