Something Sensational to Read in the Train: The Diary of a Lifetime

This is a diary packed with famous names and extraordinary stories. It is also rich in incidental detail and wonderful observation, providing both a compelling record of five remarkable decades and a revealing, often hilarious and sometimes moving account of Gyles Brandreth's unusual life as a child living in London in the 'swinging' sixties, as a jumper-wearing TV presenter, as an MP and government whip, and as a royal biographer who has enjoyed unique access to the Queen and her family.

Something Sensational to Read on the Train takes the reader on a roller-coaster ride from the era of Dixon of Dock Green to the age of The X Factor, from the end of the farthing to the arrival of the euro, from the Britain of Harold Macmillan and the Notting Hill race riots to the world of Barack Obama and Lewis Hamilton.

With a cast list that runs from Richard Nixon and Richard Branson to Gordon Brown and David Cameron – and includes princes, presidents and pop stars, as well as three archbishops and any number of actresses – this is a book for anyone interested in contemporary history, politics and entertainment, royalty, gossip and life itself. 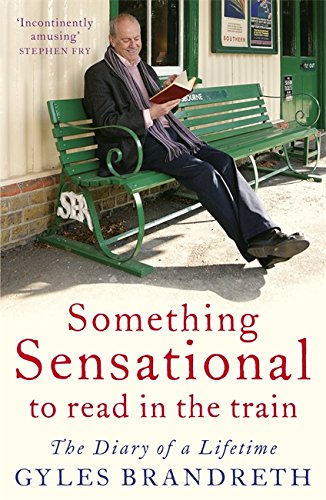