When he hears her favourite Beatles song, Toru Watanabe recalls his first love Naoko, the girlfriend of his best friend Kizuki.

Immediately he is transported back almost twenty years to his student days in Tokyo, adrift in a world of uneasy friendships, casual sex, passion, loss and desire - to a time when an impetuous young woman called Midori marches into his life and he has to choose between the future and the past.

In 2010, a Japanese film adaptation was released. It was directed by Tran Anh Hung, and starred Kenichi Matsuyama as Watanabe, Rinko Kikuchias Naoko and Kiko Mizuhara as Midori. It was presented at the 67th Venice International Film Festival. 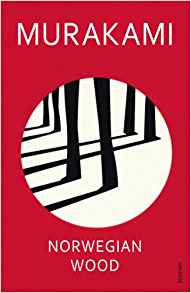