﻿Nominated for the The Andre Norton Nebula Award 2019﻿

Now in her Second Year at Pearl Famous Academy of Skate and Sword, Peasprout Chen strives to reclaim her place as a champion of wu liu, the sport of martial arts figure skating. But, with the new year comes new competition, and Peasprout’s dreams are thwarted by an impressive transfer student.

Yinmei is the heir to the Shinian throne and has fled her country for Pearl. When she excels both academically and socially, Peasprout begins to suspect that Yinmei is not a refugee at all but a spy. When the Empress of Shin threatens to invade the city of Pearl, Peasprout makes a bold decision. To keep her enemy close, Peasprout joins Yinmei's “battleband," a team that executes elaborate skating configurations that are part musical spectacle, part defensive attack.

In Henry Lien's Peasprout Chen: Battle of Champions, Peasprout guides her battleband on a mission to save Pearl, and learns what it truly means to be a leader.

An exciting adventure that highlights themes of teamwork and leadership.

An imaginative landscape as rich and inviting as the fantasy worlds found in Harry Potter and The Lord of the Rings.

Takes on weighty and relevant questions of gender, ability, leadership, immigration... with intelligence, deftness and precision.

Features the sprightly physics-defying skate flips and jumps found in the previous volume, along with creative new applications of science and music that add even more rocket-fueled energy... [Fans] will enjoy watching the protagonist’s leadership style develop as she wrestles with trust, kindness, and her responsibilities to her battle band and to Pearl itself. 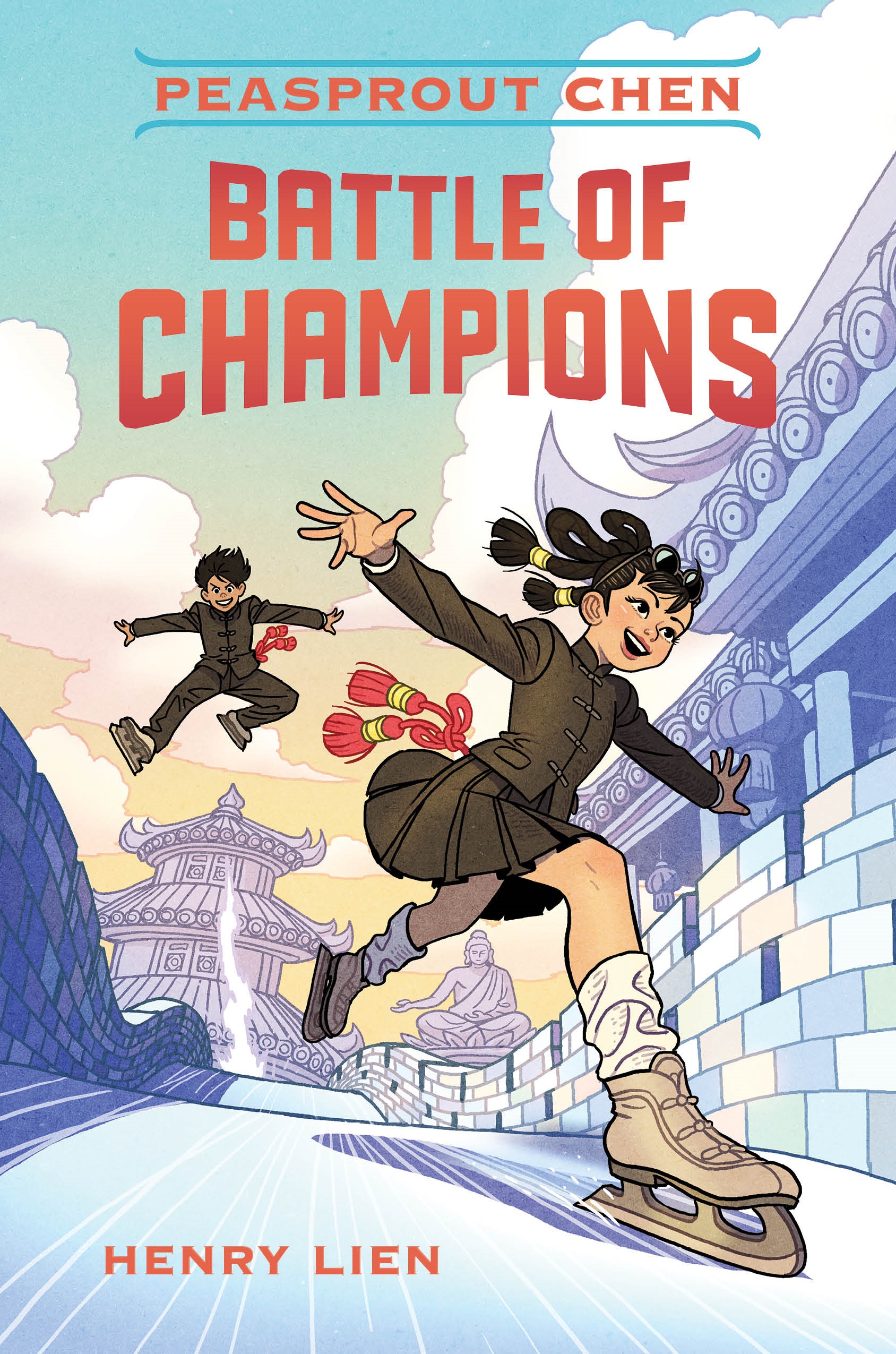