The Union is a criminal organization with tentacles throughout the world - specializing in military espionage, theft, intimidation and murder. After one of its agents assassinates Bond's friend and host at a glittering dinner in the Bahamas, the Union becomes 007's priority target.

When information vital to Britain's national security is stolen, both M and Bond suspect that the Union is behind it. The trail leads Bond from one of England's most exclusive golf clubs to the cosmopolitan city of Brussels and finally to an expedition up the icy heights of the legendary mountain Kangchenjunga, the third tallest peak in the world. Led by the abrasive mountaineer Group Captain Roland Marquis, aided by the expedition's sexy and beautiful doctor Hope Kendall and opposed by an unknown traitor working out of SIS itself, Bond must pit his strength and guile against two deadly adversaries - the forces of nature at high altitude and the most resourceful criminal minds he has 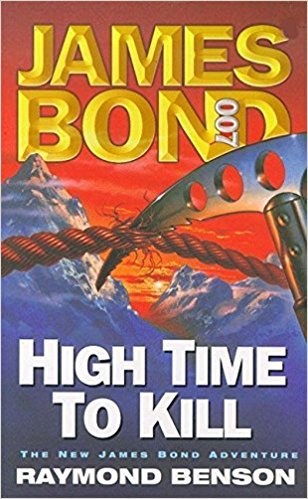