Caste: The Origins of Our Discontents

The Pulitzer Prize-winning author of The Warmth of Other Suns examines the unspoken caste system that shapes us, and shows how our lives today are still defined by a hierarchy of human divisions.

“As we go about our daily lives, caste is the wordless usher in a darkened theater, flashlight cast down in the aisles, guiding us to our assigned seats for a performance. The hierarchy of caste is not about feelings or morality. It is about power—which groups have it and which do not.”

In this brilliant book, Isabel Wilkerson explores an unseen phenomenon: the world  today and throughout history has been shaped by a hidden caste system, a rigid hierarchy of human rankings.

Beyond race, class, or other factors, it is a powerful caste system that influences people’s lives and behavior and the nation’s fate. Linking the caste systems of America, India, and Nazi Germany, Wilkerson examines eight pillars that underlie caste systems across civilizations, including divine will, bloodlines, stigma, and more. Through an immersive, deeply researched narrative and stories about real people—including Martin Luther King, Jr., baseball’s Satchel Paige, a single father and his toddler son, Wilkerson herself, and many others—Wilkerson shows the ways that the insidious undertow of caste is experienced every day.

She documents how the Nazis studied the racial systems in America to plan their out-cast of the Jews; discusses why the cruel logic of caste requires that there be a bottom rung for those in the middle to measure themselves against; reveals the surprising health costs, in depression and life expectancy of caste, and the effects on our culture and politics within this hierarchy.

Finally, Wilkerson points forward to ways we can move beyond the artificial and destructive hierarchies of human divisions, toward hope in our common humanity.

Helen Manders manages the translation rights for Caste: The Origins of Our Discontents

A transformative new framework through which to understand identity and injustice

Wilkerson’s choice of examining caste rather than race is a valuable one; this book is not about biology, social history or science, but about structural power… This is an American reckoning and so it should be

An important and timely new book… essential reading for anybody who feels angry, guilty or threatened by the tangled issue of ‘race’ in American today

The approach she takes is both persuasive and unsettling. In Caste, she demonstrates, for example, how architects of the Third Reich, “in debating how to institutionalise racism [in Germany], began by asking how the Americans did it” and found, in the US, the “classic example” of a “racist jurisdiction”, leaving us to consider how far this legacy persists, whether in modern America today or elsewhere.

The case Wilkerson puts forward is inspiring and hopeful. Her writing incorporates and reflects the anti-racist traditions embodied by figures such as African American liberationist WEB Du Bois and the trailblazer of India’s Dalit movement, Bhimrao Ambedkar, who wrote: “Caste is [just] a notion; it is a state of mind.” Like him, Wilkerson wants us to recognise that caste can be dismantled, setting everyone free.

Should be required reading for generations to come

I don’t think there has ever been another pick that has been as vital as this one. This book might well save us… a must-read for humanity’

In this powerful and extraordinarily timely social history, Pulitzer winner Wilkerson (The Warmth of Other Suns) investigates the origins, evolution, and inner workings of [a] “shape-shifting, unspoken” caste system... This enthralling exposé deserves a wide and impassioned readership.

Haunting yet strangely consoling, in a world defined by its divides, Caste connects. It reveals the 'unseen skeleton' imbedded in heinous acts of power but, in evocative prose that is full of poise, reminds us what's possible when people come together. I closed the book feeling enlightened and energised, ready to roll up my sleeves and get on with the good work.

...destined to become a classic, and is urgent, essential reading for all.

Wilkerson’s deeply researched, exquisitely written, and exceptionally timely investigation into America’s “shape-shifting, unspoken, race-based” caste system is as must-read as it gets.

This is a brilliant book, well timed in the face of a pandemic and police brutality that cleave along the lines of a caste system. 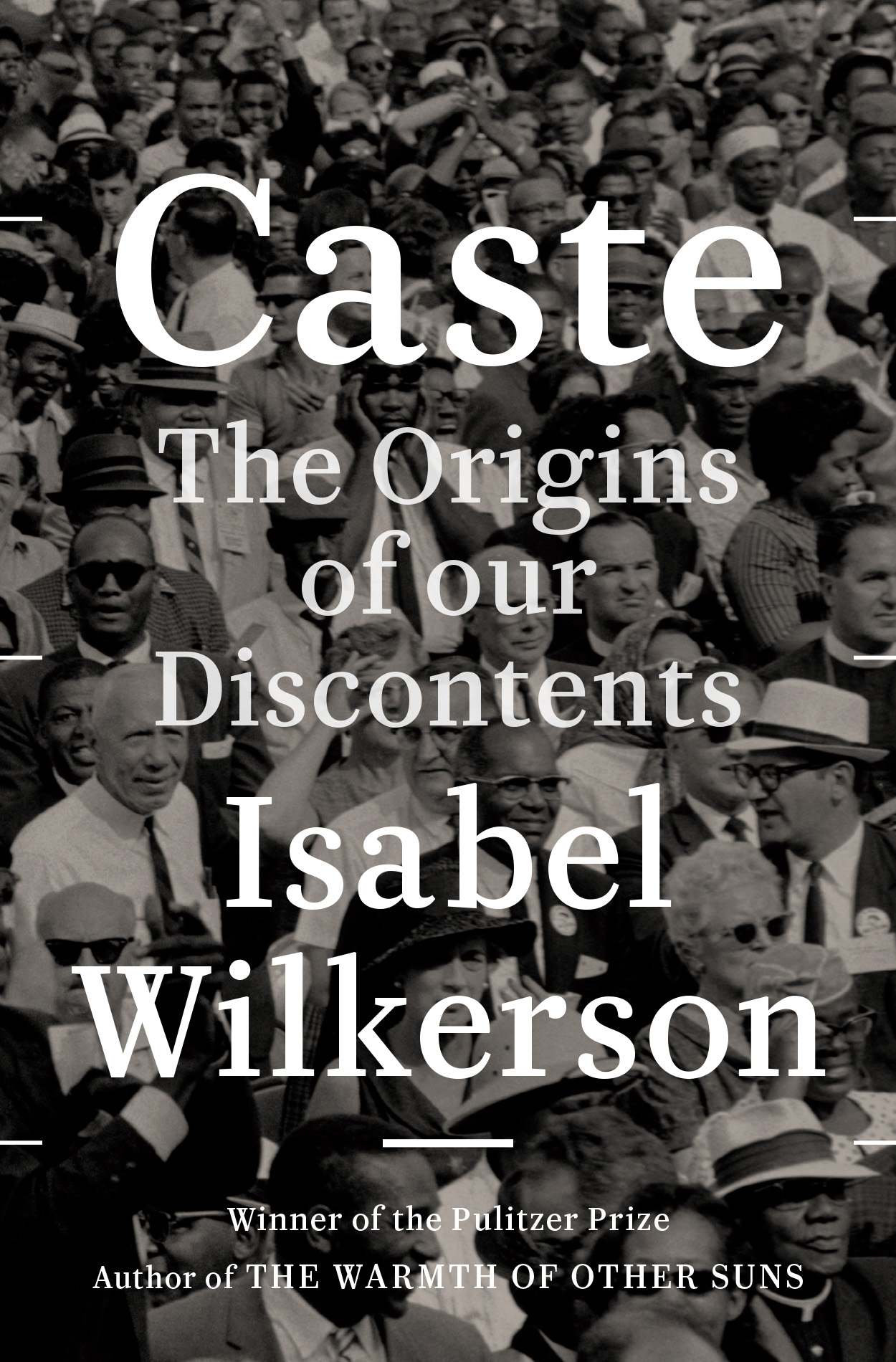