View PDF
CICAE Prize, Berlin International Film Festival, 2001
film
( Feature )
Producer Angus Lamont Director Saul Metzstein Starring
Production Company Film Four
Four young friends have tedious nightjobs and meet every night after work in a cafe. Sean hasn't met his girlfriend in three weeks, Vincent flirts with everybody, Lenny is too afraid to ask a girl at work on a date and Jody can't admit that she shows up at the cafe every night, although she was fired some time ago.
Media 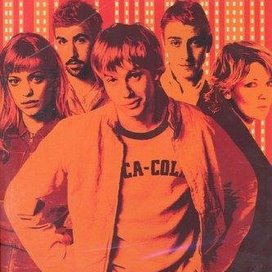