It's August 1966, the long hot summer of World Cup euphoria is suddenly shattered by the brutal slaying of three policemen. The fates of a detective, a journalist and a villain are irrevocably bound up with this shocking event.

For Frank Taylor, a Detective Sergeant on the Met's fast track, the shooting claims the life of his best friend, a tragedy which might have been avoided, and for which he will endure a lifetime of guilt...

For Tony Meehan, an ambitious journalist, it is more than a career-making front page scoop; the slaughter he witnesses awakens a violent impulse within him and finding the perpetrator becomes an all-consuming 20 year obsession. For Billy Porter, war-time hero turned petty thief, it's a plan that went fatally wrong; a gratuitous act of violence from which he must spend two decades running.

A tale about corruption and obsession, it explores how the consequences of one single act of brutality reverberate across two decades and reveals a creeping decay at the heart of a morally degenerate society.

Kate Cooper manages the translation rights for He Kills Coppers 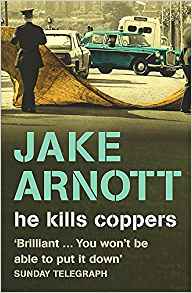