Jake Arnott's second thriller, a dark and disquieting work inspired by true events (most notably, the case of Harry Roberts who murdered three policemen and hid out in Epping Forest for more than three months) was elegantly adapted by screenwriter Ed Whitmore and featured striking performances from Rafe Spall and Kelly Reilly.

Media
Reviews
any viewers who don’t mind their crime dramas relentlessly dark, or mixed with a large dollop of bleak social commentary, should be in for a treat James Walton
The Telegraph
This feels real, and these are proper characters Sam Wollaston
The Guardian
Absorbing, beautifully-shot James Rampton
The Independent 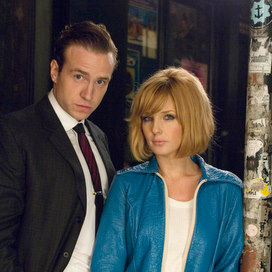