Jake Arnott's debut novel - a crime thriller set in London's gangster underworld from the 1950s through to the 1980s -was optioned for television dramatization when it was still in manuscript.

Media
Reviews
I loved everything about The Long Firm, from Mark Strong's sexy, sleazy, sadistic Harry Starks, a Kray by any other name, to Derek Jacobi's charmingly vulnerable Lord Teddy Thursby, a ringer for Lord Boothby Kathryn Flett
The Observer
The script is sharp, the atmosphere rank and the performances faultless
The Times
This is a consummate piece of drama, utterly gripping, intelligently written, and boasting outstanding, subtle performances
The Financial Times 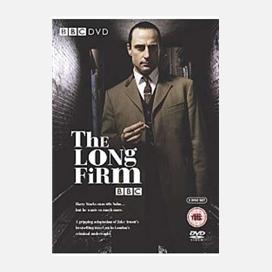