The Holding is a tense thriller set on a remote farm in the Peak District, the film was inspired by James Dormer's time living on a farm in the area. Going into production in 2010 The Holding is Susan Jacobson's debut feature and is a being co-produced by Alex Boden of Pistachio Pictures and George Mizen of Notorious Films.

Kierston Wareing stars as Cassie Naylor who is struggling to run a farm in the Peak District on her own with her two daughters. Cassie is under pressure to sell up to her power hungry neighbour Karsten Rabbe, but is seemingly saved when a stranger called Aden, played by Vincent Regan arrives at the farm and charms his way into Cassie's life. Cassie is hiding a dark secret from her past however and Aden knows it, his real motivation for helping her is revealed as being far more sinister than she had first imagined.

Best of the bunch originally belonged to The Holding, having its world premiere at the festival, a tense thriller elevated by two superb lead performances from Kierston Wareing, as impressive as she was on TV in The Shadow Line and Luther, and Vincent Regan who provides a memorable villain with an adept line in gallows humour. 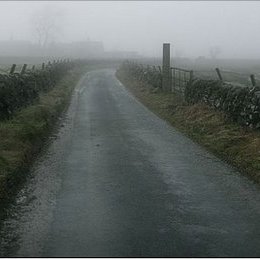