A body on an embankment. A blast at a farmhouse. A burden on Colchester CID - the second Essex-based thriller from the bestselling author of Blackwater and First Frost.

July 1983, Essex. Fox Farm is, thanks to two corpses, neither picturesque nor peaceful. The body in its kitchen belongs to eminent historian Christopher Cliff, who has taken his own life with an antique shotgun. The second, found on the property boundary, remains unidentified.

DI Nick Lowry's summer is neither sleepy nor serene. And the two deaths are just the half of it. The fact County Chief Merrydown was a college friend of Cliff's means Lowry is now, in turn, under scrutiny from his severely stressed and singularly unsympathetic boss, Sparks.

To catalyze his investigation, Lowry enlists the services of DC Daniel Kenton and WPC Jane Gabriel. Gabriel needs direction, if she is to begin a career as a detective. While Kenton, who appears solely focused on beginning a relationship with Gabriel, needs distraction.

Both the heat and the investigation soon intensify. The team find themselves interrogating enigmatic neighbors, antiques merchants, jilted lovers and wronged relatives; all the while negotiating the caprices of Sparks - whose attitudes remain as dated as Fox Farm's antiques.

Only when they fully open their eyes and minds will they begin to unpick a web of rural rituals, dodgy dealings and fragmented families - and uncover not just one murder, but two.

James Henry’s continuations of the Frost novels of RD Wingfield was one of the most successful ventriloquial acts in crime writing, but hardly prepared us for the more ambitious and astringent DI Nick Lowry novels. Yellowhammer, set in the world of antiques dealers in 1980s Essex, reminds us that Henry is a very individual voice.

With its superbly portrayed rural backdrop and fascinating cast of characters... Yellohammer dishes up another engrossing slice of deep and dark Essex noir.

A good police procedural with old-style detection played out in the heart of Essex.

With well-rounded characters, a terrific sense of time and place and masterful plotting, this solid police procedural is a 24-carat holiday read.

A taut and atmospheric thriller... a compelling and gripping tale. 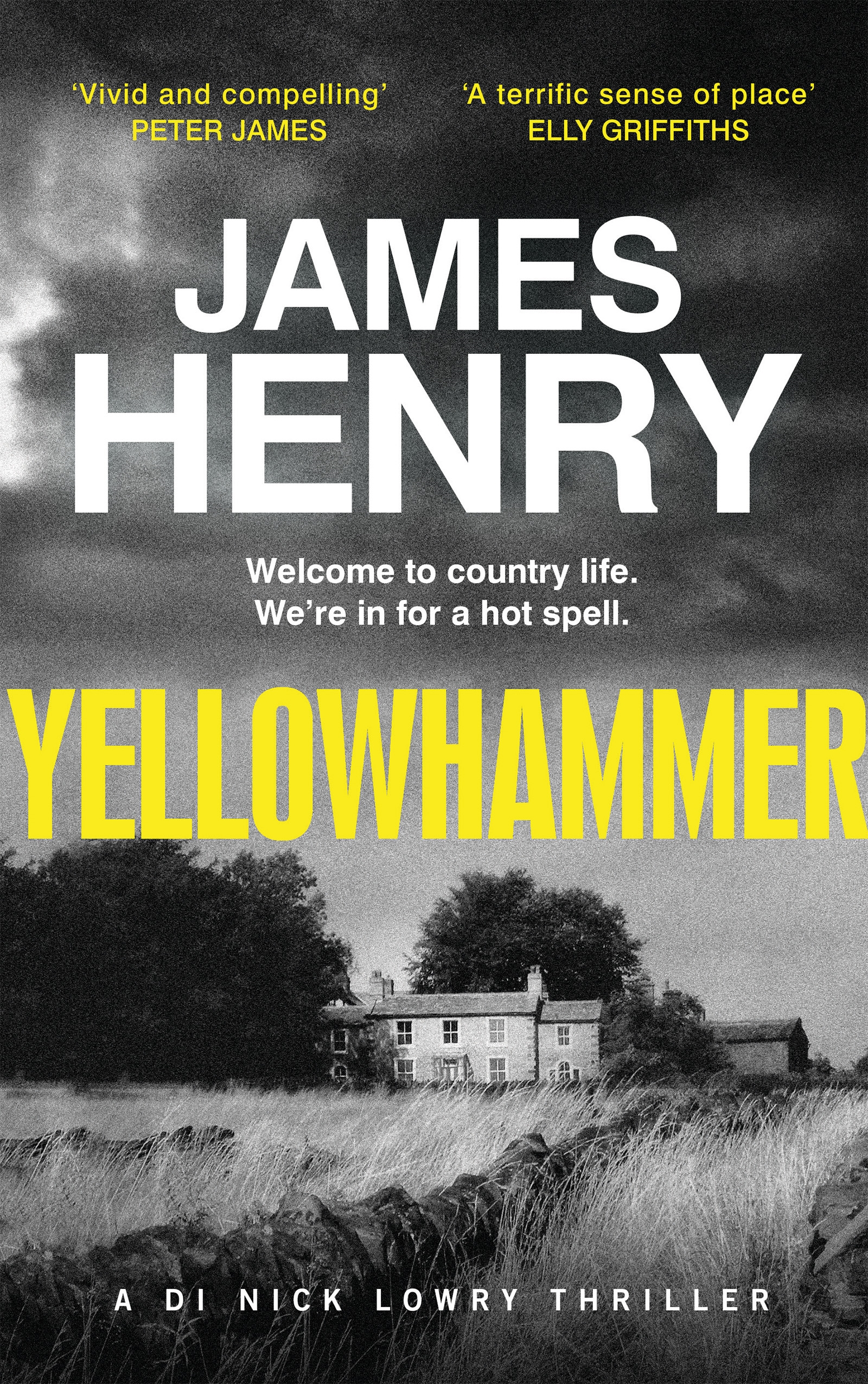