Isadora is back in Eidolon, marshalling her forces against the evil Dodman. Back in our world, Ben and his siblings are suspicious of their new neighbour - with his Eidolon eye, Ben can just make out that she's a witch from the Secret Country, and that she's got plans for them, none of them good...The Dodman knows all about the legend of three children from both worlds saving the Secret Country from his clasp - and he'll do anything he can to prevent it. Whirled through the wild roads with the witch, they lose baby Alice, and end up trapped on an isolated beach.

But the Nautilus and their old friend Silver swim to their rescue and soon they are on their way to help their mother in her battle against the dinosaurs and other creatures under the Dodman's control. But Isadora's army isn't faring at all well - and before Ben and the others can ride to her rescue, she is captured and taken to the sinister castle for a wedding ceremony unlike any other. But first the Dodman needs to get rid of Ben's dad...It's a fight to the finish, but in a dramatic showdown, young Alice reappears transformed - and vanquishes the Dodman, reuniting her family and claiming back the throne. A brilliant conclusion to a magical series.
Rights 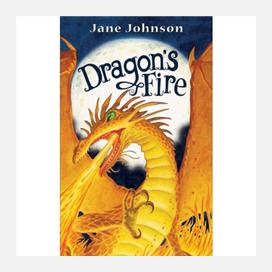