The Statistical Probability of Love at First Sight

US → Little, Brown & Company
UK → Headline Publishing
Today should be one of the worst days of 17-year-old Hadley Sullivan's life. She's stuck at the airport in New York, late to her father's second wedding, which is taking place in London and involves a soon to be step-mother that Hadley's never even met. So it's a complete and utter surprise when she happens to meet the perfect boy in a cramped waiting area in JFK. His name is Oliver, he's British, and he's booked in seat 18C. Hadley is in 18B.

In the tradition of great romantic movies, Hadley and Oliver fall in love on a seven-and-a-half hour flight from New York to London. After a cinematic kiss outside customs in Heathrow, Hadley and Oliver lose track of each other in the airport chaos, and Hadley realizes that she doesn't even know his last name.

Later, after her father's wedding ceremony, fate intervenes and sends Hadley through the streets of London, to another church and another ceremony. Much to Hadley's shock, today should be one of the worst days of Oliver's life, too. And yet, today is the day that he met Hadley.

Twists of fate and quirks of timing play out in this thoughtful novel about family connections, second chances and first loves. Set over a 24-hour-period, Hadley and Oliver's story will make you believe that true love finds you when you're least expecting it.
Rights 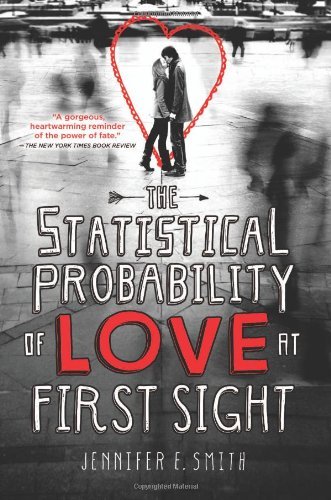