Far From The Madding Crowd

It is an adaptation of the 1874 novel of the same name by Thomas Hardy. This film marks the fourth time this novel became a film: the third version was directed by John Schlesinger in 1967 with Julie Christie.

As Bathsheba’s mischievous servant-companion Liddy, Jessica Barden is gloriously provocative and amusing too. 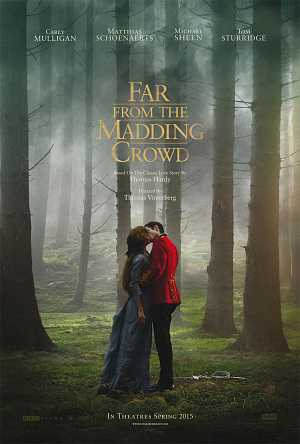