Riders, the first and steamiest in the series, takes the lid off international showjumping, a sport where the brave horses are almost human, but the humans behave like animals.

The brooding hero, gypsy Jake Lovell, under whose magic hands the most difficult horse or woman becomes biddable, is driven to the top by his loathing of the beautiful bounder and darling of the show ring, Rupert Campbell-Black. Having filched each other's horses, and fought and fornicated their way around the capitals of Europe, the feud between the two men finally erupts with devastating consequences during the Los Angeles Olympics.
Rights

Polish
World
Wydawnictwo Zysk i S-ka
Media
Reviews
Blockbusting fiction at its best
Mail on Sunday
Sex and horses: who could ask for more?
The Sunday Telegraph
I defy anyone not to enjoy her book. It is a delight from start to finish Auberon Waugh
Daily Mail
It's all here: swooning romance, skulduggery in the stables and, yes, bonking; all set in the Cotswold countryside. Tally ho!
Elle 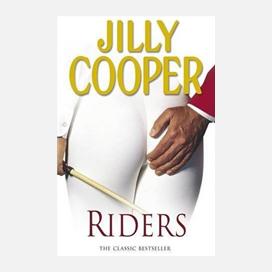