US → Knopf
UK → Bantam Books
Film rights to Bangkok 8 have been optioned to producer Roland Emmerich and the script is in development.

Electrifying, darkly comic, razor-edged — a thriller unlike any other.

In surreal Bangkok, city of temples and brothels, where Buddhist monks in saffron robes walk the same streets as
world-class gangsters, a US marine sergeant is killed inside a locked Mercedes by a maddened python and a swarm of cobras.

Two policemen - the only two in the city not on the take - arrive too late. Minutes later, only one is alive. The cop left standing, Sonchai Jitpleecheep, is a devout Buddhist and swears to avenge the death of his partner and soul brother. To do so he must use the forensic techniques of the modern policing and his own profound understanding of the mystical workings of the spirit world. Both will be vital as he immerses himself in the moneyed underbelly of Bangkok - where desire rules and where he will eventually find the killer, a predator of an even more sinister variety.

Thick with the authentic — and hallucinogenic — atmosphere of Bangkok, crowded with astonishing characters, uniquely smart and skeptical, literary and wildly readable, Bangkok 8 is one of a kind.
Rights

A stunning thriller! Bangkok 8 is suspense at its best.


Jeffery Deaver
Bangkok 8 is one of the most startling and provocative mysteries that I've read in years.
Carl Hiaasen Full Review
Read this book, savor the language–it’s the last–and the most compelling word in thrillers.
James Ellroy Full Review 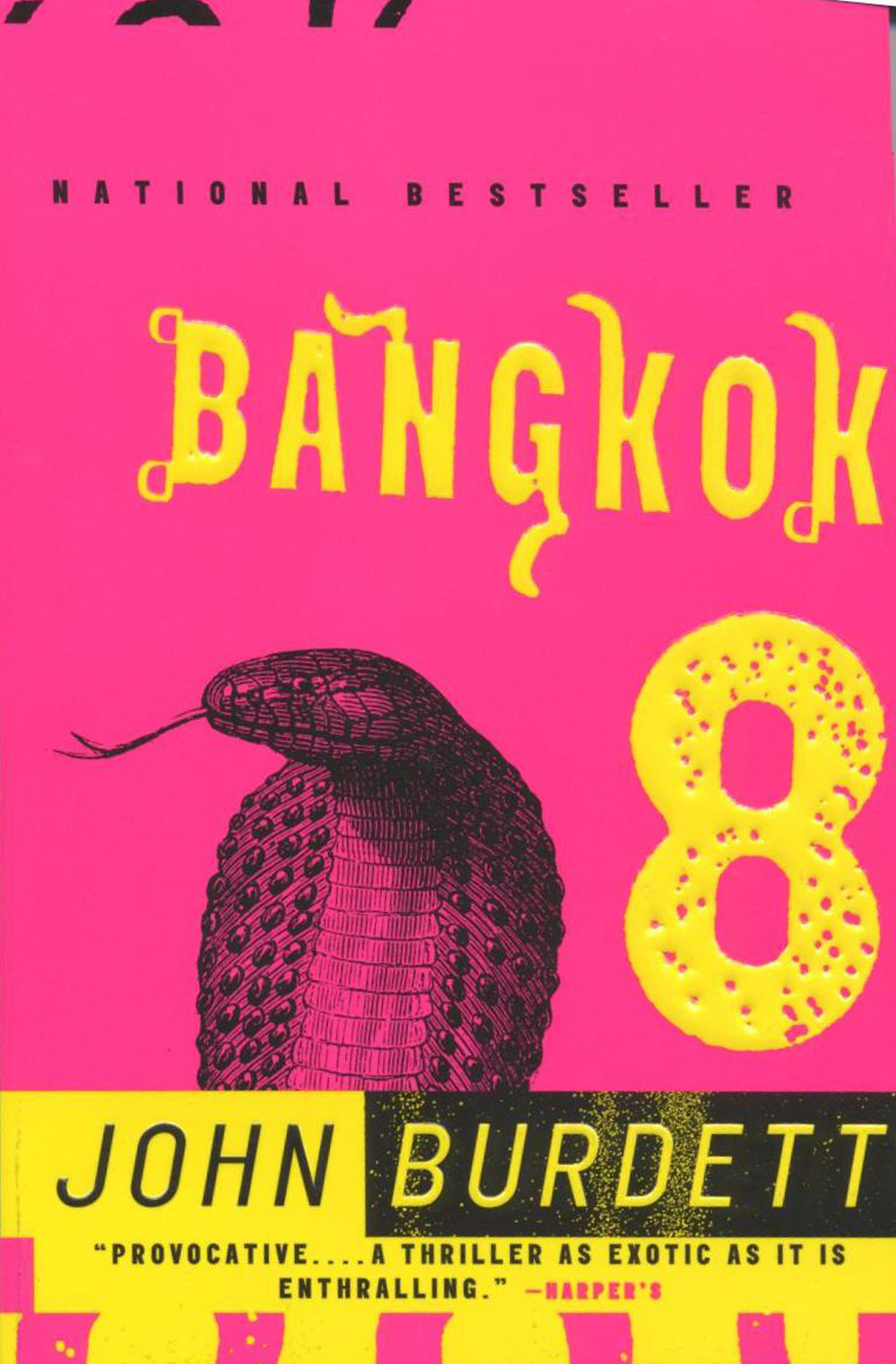