The Years She Stole

Pregnant Rachel Taylor is enjoying a holiday in Morocco when she gets the phone call to say her mother hasn’t got much time left to live. With a head of mixed emotions she returns to the village where she grew up to say her last goodbyes. It’s true to say their relationship had often been strained and Rachel had never quite understood why. When clearing out her mother’s things she thinks she finds an answer, and her world is changed forever.

Shirley Burke is on a family holiday at Butlin’s when she first sets eyes on Doug, a man considerably older than herself. When his daughter goes missing one night, Shirley’s the one who finds her and returns her to him. When his gratitude turns into something else, Shirley realizes this is her time to shine. But Doug is married, and her young life is about to get very complicated.

Rachel and Shirley. Two women from different decades in Jonathan Harvey's The Years She Stole. Somehow their lives are entwined and neither can know the impact one woman will have on the other until it’s way too late...

Liz Dennis manages the translation rights for The Years She Stole

One of the funniest, most honest and scabrous writers we have.

The drama is played out with verve and waspish wit. 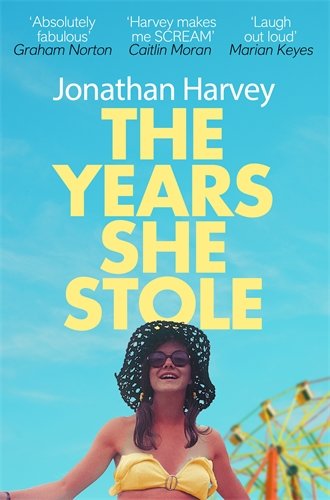