It’s good to be Chloe Wynn Berringer. She’s headed off to the college of her dreams. She’s going to prom with the boy she’s had a crush on since middle school. Her best friend always has her back, and her mom, a B-list Hollywood celebrity, may finally be on her way to the B+ list.

It’s good to be Chloe Wynn Berringer—at least, it was, until the FBI came knocking on her front door, guns at the ready, and her future went up in smoke.

Now her mother is under arrest in a massive college admissions bribery scandal. Chloe, too, might be facing charges, and even time behind bars. The public is furious, the press is rabid, and the US attorney is out for blood.

As she loses everything she’s long taken for granted, Chloe must reckon not only with the truth of what happened, but also with the examination of her own guilt. Why did her parents think the only way for her to succeed was to cheat for her? What did she know, and when did she know it? What does it mean to be complicit?

Admission is an incisive, of-the-moment novel that peeks inside the private lives of the hypercompetitive and the hyperprivileged and takes on the scandal that rocked the country.

There’s plenty of rubbernecking pleasure here, but Buxbaum goes beyond mere Lifetime movie gossip, writing with a combination of luscious enjoyment and accessible smarts that recalls Caroline Cooney. …Teens will absolutely grab this to luxuriate in scandal and be amply rewarded with a world of swimming pools and donations and comeuppance. …a rare combination of shiny yet thought-provoking, and it may encourage readers to reflect on their own moral positions.

An absorbing and topical novel, tailor-made for discussion groups,

Whether or not readers are familiar with the real-life events that inspired the story, they’re likely to find it captivating; the novel goes behind the headlines to add humanity and complexity to a juicy national scandal.

Knowing that there were dozens of real-life students coping with similar crimes and the deep betrayal of their trust in their parents makes Chloe’s tale both heartbreaking and thought-provoking. …Deft, page-turning, and fresh as the latest college admissions gossip.

Based on the 2019 college admissions scandal, Buxbaum’s ripped-from-the-headlines story gives readers a fictionalized peek into the families who saw no harm in helping their already advantaged children through bribery, cheating, and fraud. [Buxbaum's] assessment of the entitled 1% feels spot-on, making Shola’s earned success particularly satisfying. 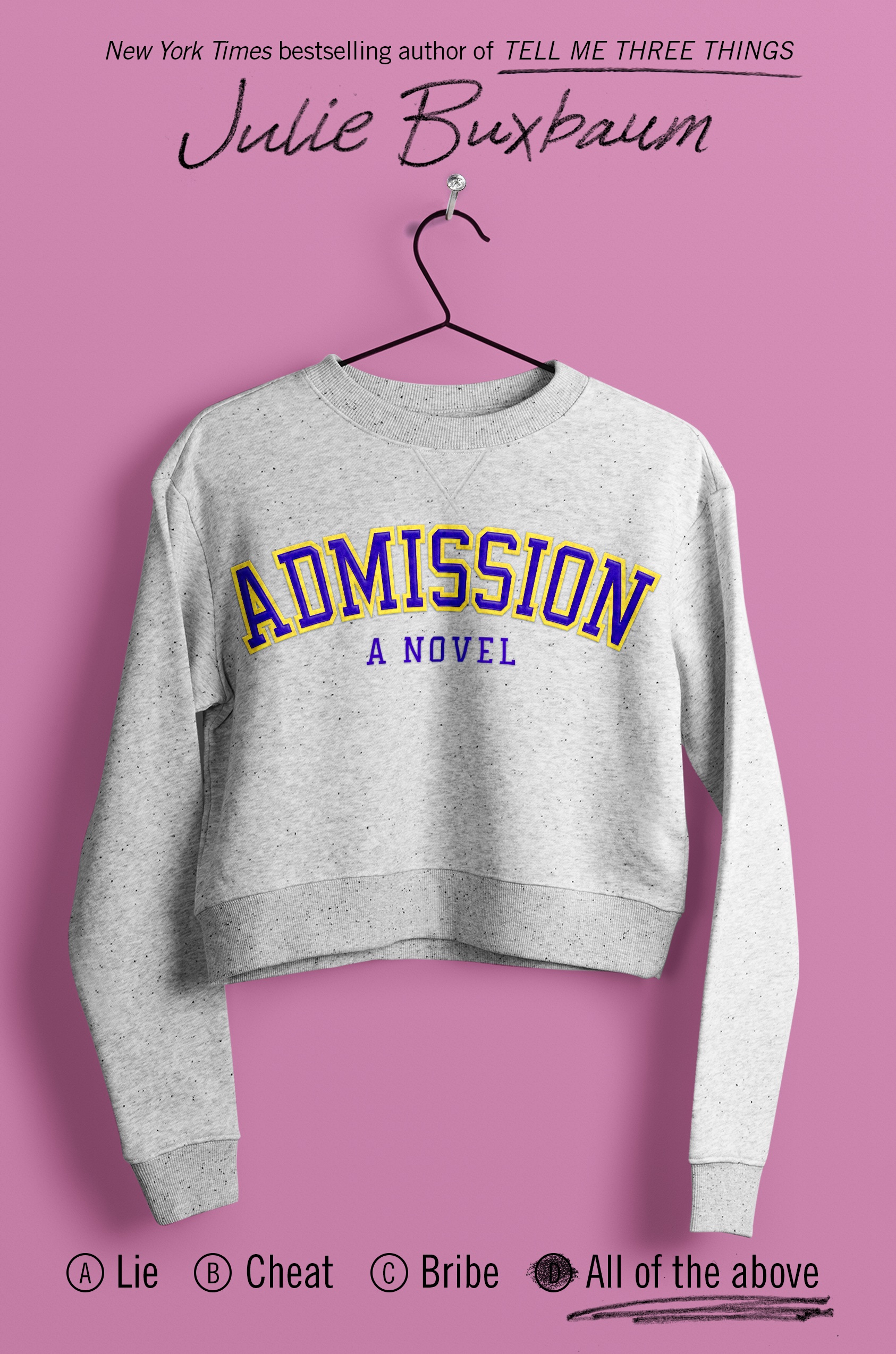