US & Canada → Farrar, Straus & Giroux Inc
On May 16, 1948, the body of CBS correspondent George Polk was found floating in Greece's Salonika Bay, where he had been stationed to report on a bloody civil war. The murder was allegedly solved, but Kati Marton has conctructed a vivid, convincing account of who really ordered the assasination of George Polk - and the motive behind it.

This is the story of a peculiarly American hero whose blunt honesty and idealism proved insufficient aids in traversing the trecherous grounds of Cold War politics.
Rights

Daisy Meyrick manages the translation rights for The Polk Conspiracy 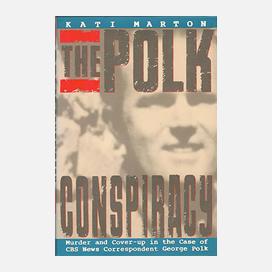