Anna & Katy was initially developed as a pilot for Channel 4 before airing as a six part series in 2013.

With guest appearances from Lee Mack, Eamonn Holmes and Will Andrews amongst others, Anna & Katy introduces us to Liebe ist Liebe, the biggest soap opera in Germany; Susan Wainwright and Jacqueline Hobbs on their bizarre daytime TV show Congratulation, the programme which ‘gives everyone doing well out there a big pat on the back' and Eamonn Holmes' absurd new game show Pointer; a show that makes Deal or No Deal look like Mastermind.

Media
Reviews
<p>America's Poor Kids; Parks and Recreation; Anna and Katy &ndash; TV review &ndash; Thursday 7 March 2013</p>
there is nothing to gladden the heart more than two women on telly doing really, really stupid, really, really brilliant, really, really funny stuff. Lucy Mangan
The Guardian Full Review
It was all a lot of fun. Indeed, rather like a modern-day Morecambe and Wise, one of the nicest things about Anna and Katy was how much its protagonists seem to be enjoying themselves. Emma Gosnell
The Telegraph
their new sketch show is all-out, legs-in-the-air silliness and definitely of the Vic & Bob school... They seem to make the air around them funny Julia Raeside
The Guardian
they’re madly, properly funny. Calling them a female Vic and Bob, as some have, for once isn’t empty hype. David Butcher
Radio Times
TV reviews: Boris Johnson: The Irresistible Rise | Anna &amp; Katy | Kids With Tourette&rsquo;s: In Their Own Words - 31st March 2013<br />
Anna & Katy makes com­pelling viewing ­because it is brave, clever and different. Emma Cowing
The Scotsman Full Review
Pick of the Day - 16th March 2013
their sketches and TV pastiches are often brilliant... Hilariously daft.
The Daily Mail Full Review 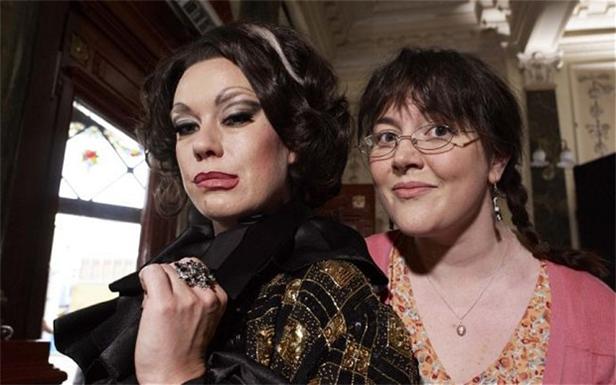